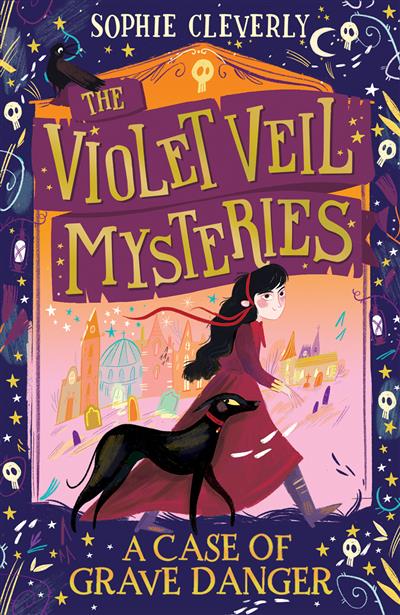 A Case of Grave Danger (The Violet Veil Mysteries)

Loading...
A breakout new detective series, from the author of the spine-tingling SCARLET AND IVY series, beautifully illustrated by Hannah Peck. Violet Veil wants nothing more than to View more
Save for later

Praise for the Scarlet and Ivy series: "I loved this book as it is a true page-turning, nail-biting mystery. The author has very cleverly hidden clues in the story and lets us solve the myste... View more

Sophie Cleverly was born in Bath in 1989. She wrote her first story at the age of four, though it used no punctuation and was essentially one long sentence. She has earned a BA in Creative Writing and MA in Writing for Young People from Bath Spa University. Now working as a full-time writer, Sophie lives with her partner and young daughter in Wiltshire. Hannah Peck is based in Brighton. Her love of books took her to study English at university, where she stocked up on Gothic stories, English 'lore, and mythical poems that would later inspire her narrative illustrations. Using anything from tapestries to costume, Hannah creates detailed and immersive illustrations. Her other publishers include Penguin, Hachette, Usborne, Faber & Faber and Walker.
Close