Library Browse TURTLES ALL THE WAY... 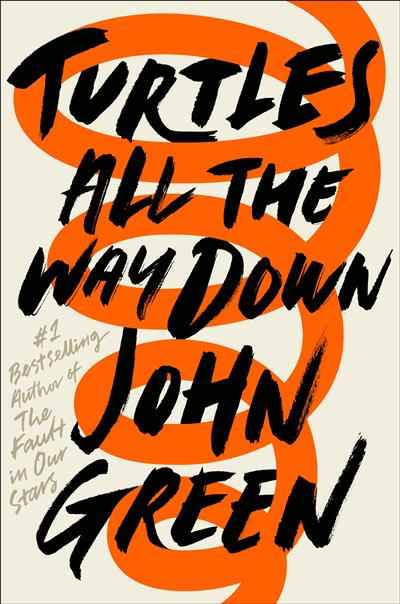 Turtles All the Way Down

Loading...
__________'Our hearts were broken in the same places. That's something like love, but maybe not quite the thing itself'Aza's life is filled with complications. Living with anxiety View more
Save for later

John Green is the award-winning, #1 bestselling author of Looking for Alaska, An Abundance of Katherines, Paper Towns, Will Grayson, Will Grayson (with David Levithan), The Fault in Our Stars and Turtles All the Way Down. John's many accolades include the Printz Medal, a Printz Honor, and the Edgar Award. He has twice been a finalist for the LA Times Book Prize and was selected by TIME magazine as one of the 100 Most Influential People in the World. With his brother, Hank, John is one half of the Vlogbrothers and co-created the online educational series CrashCourse. You can join the millions who follow him on Twitter @johngreen and Instagram @johngreenwritesbooks. John lives with his family in Indianapolis, Indiana.