Library Browse THE SECRETS WE KEEP 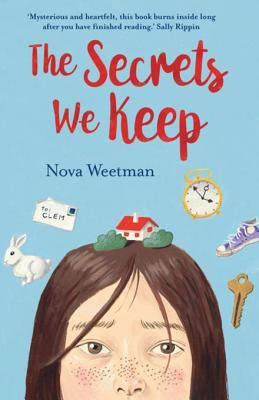 The Secrets We Keep

Loading...
A beautifully written and insightful new novel sensitively uncovering the effects of trauma on the mind of an eleven-year-old girl. I don't know if you've ever seen a house burn, View more
Save for later

Nova Weetman has been writing for 18 years. As a screenwriter, she has written short films for Film Victoria Ripples and Mr Wasinski's Song (AWGIE nomination and winner Best Australian Short at MIFF) and has written for Neighbours, Pixel Pinkie, H20, Buzz Bumble, Wild But True and Fanshaw and Crudnut. As a writer, she has had short fiction published in Overland, Mslexia, Kill Your Darlings, Wet Ink and Island and non-fiction published in Overland and Fairfax Media. Nova is the author of two middle-grade books in the Choose Your Own Ever After series and two young adult novels, The Haunting of Lily Frost (2014) and Frankie and Joely (2015). The Secrets We Keep is Nova's fifth book. www.novaweetman.com.au