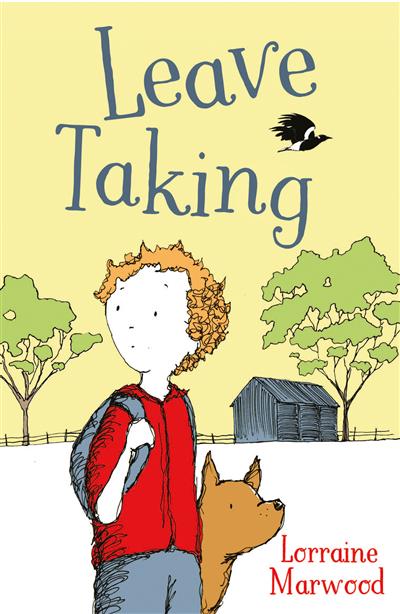 Loading...
Leave taking noun the act of saying goodbye. What if you had just one week left to say goodbye to everything you've ever known? Toby and his mum and dad are leaving their family View more
Save for later

Peter Carnavas writes and illustrates books for children and the grown-ups in their lives. His first book, Jessica's Box, was shortlisted for the Queensland Premier's Literary Award and the CBCA Crichton Award for Emerging Illustrators. He has since created many books, including Last Tree in the City, The Children Who Loved Books and Blue Whale Blues. He has recently illustrated Damon Young's series of humorous picture books that celebrate family diversity. He is a popular presenter in schools and his work has been translated into many languages, including Italian, Portuguese, Korean and Dutch. Peter lives on the Sunshine Coast with his wife, two daughters and a small, charming dog called Florence. www.petercarnavas.com Lorraine Marwood was born and raised in rural Victoria and has lived for most of her married life on a dairy farm with her husband and their six children. Lorraine is an award-winning poet who has been widely published in literary magazines across Australia, as well as magazines in the UK, USA, New Zealand and Canada. She has also published several children's novels and collections of poetry. Lorraine was also the recipient of a May Gibbs mentorship in children's writing. Her previous titles (Walker Books Australia) include Ratwhiskers and Me, published in 2008, and Star Jumps which was short-listed for the Speech Pathology Australia Book of the Year Awards 2010, Lower Primary Category, a Notable mention in the Children's Book Council of Australia Awards, 2010 and won the inaugural Prime Minister's award for children's fiction in 2010.
Close