Library Browse I SWAPPED MY BROTHER... 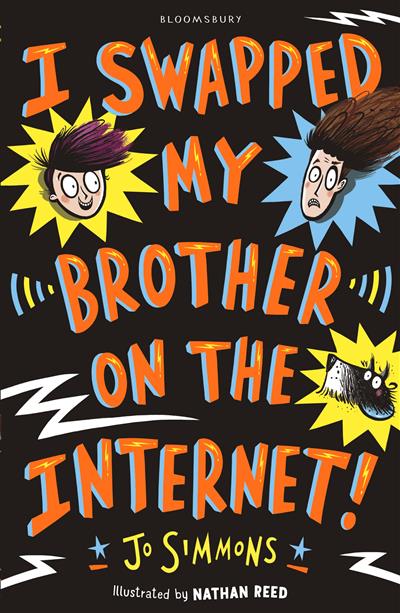 I Swapped My Brother On The Internet

Loading...
'I can get a new brother? On the internet?' Jonny muttered. 'Oh sweet mangoes of heaven!' Everyone has dreamed of being able to get rid of their brother or sister at one time or View more
Save for later

Jo Simmons began her working life as a journalist. Her first fiction series for children, Pip Street, was inspired by her own kids' love of funny fiction, and two Super Loud Sam books followed. In addition to children's fiction, she co-wrote a humorous parenting book, Can I Give Them Back Now?: The Aargh To Zzzzzz Of Parenting, published by Square Peg. Jo lives in Brighton with her husband, two boys and a scruffy formerly Romanian street dog. I Swapped My Brother on the Internet is her first book for Bloomsbury. Nathan Reed has been a professional illustrator since graduating from Falmouth College of Arts in 2000. He has illustrated Christopher Edge's How to Write Your Best Story Ever and the Elen Caldecott's Marsh Road Mysteries Series. His most recent picture book is Samson the Mighty Flea by Angela McAllister. He was shortlisted for the Serco Prize for Illustration in 2014. When he's not illustrating he can be found with his two boys and a football on Peckham Rye Common.
Close