Library Browse WHO COULD THAT BE AT... 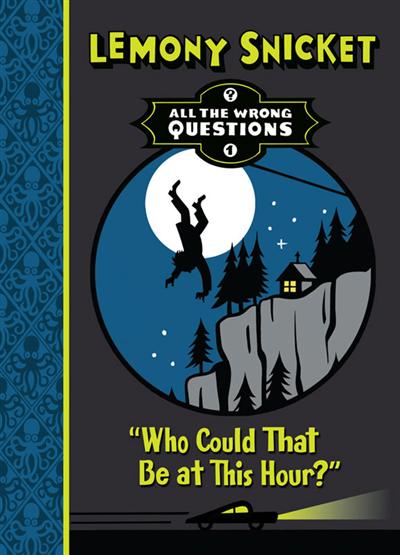 Who Could That Be At This...

Loading...
Introducing the debut of an all-new four-book middle fiction series from bestselling author Lemony Snicket. Before you consider reading "Who Could That Be at This Hour?" Ask View more
Save for later

All the Wrong Questions

Lemony Snicket was born before you were and is likely to die before you as well. He was born in a small town where the inhabitants were suspicious and prone to riot. He grew up near the sea and currently lives beneath it. Until recently, he was living somewhere else. Until recently, he was presumed to be 'presumed dead'. Instead, this 'presumed' presumption wasn't disproved not to be incorrect. Most things written about him are not true, but this is.