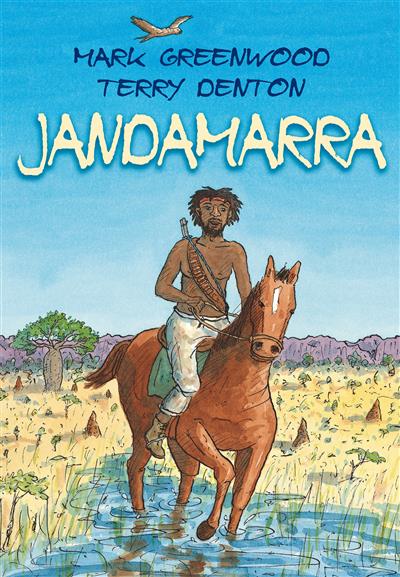 By Mark Greenwood, By Terry Denton

Loading...
SHORT-LISTED: CBCA Book of the Year, Eve Pownell Award for Information Books, 2014 He emerged from the cave of bats with the name given to him by his people. He was Jandamarra - a View more
Save for later

Mark Greenwood is an author with a passion for Australian history. His books, The Legend of Moondyne Joe and The Legend of Lasseter's Reef have won the West Australian Premier's Award for children's books. His other books include Magic Boomerang, Outback Adventure and Our Big Island. His most recent book is Simpson and His Donkey, illustrated by Frane Lessac. Terry Denton has illustrated more than 100 books, twenty of which he has also written. He won both the Multicultural Book of the Year and the Best Designed Picture Book in 1993. In 2003 and 2008 he was shortlisted for the Aurealis Award. His work has also won more than 40 children's choice awards throughout Australia. In 2008 Just Shocking! won all six children's choice awards in Australia. He has also been shortlisted by the CBCA many times.