Library Browse FRANKIE FISH AND THE... 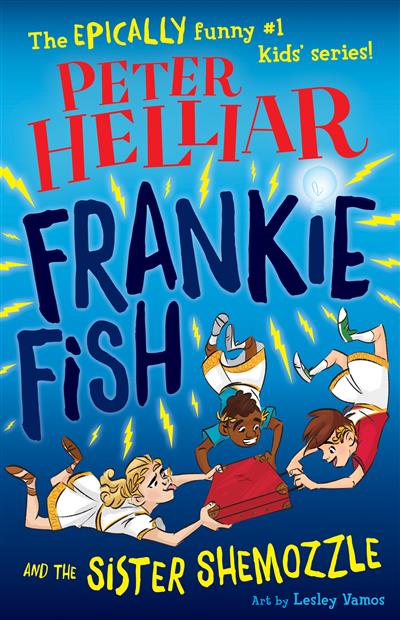 Frankie Fish and the Sister...

Peter Helliar is the best-selling author of the Frankie Fish series for children, as well as one of Australia's favourite comedians. He lives in Melbourne with his wife and three kids, and currently co-hosts the award-winning news and current affairs program The Project on Network Ten. He plans on being the first human to travel back in time.Since first appearing on Rove Live in the late 90s, Helliar’s extraordinary entertainment and comedy career has spanned everything from radio to screenwriting, producing and co-starring in feature films (I Love You Too) and television series (It’s a Date), as well as creating a beloved AFL sensation in his alter-ego Bryan ‘Strauchanie’ Strauchan. Helliar’s most recent comedy tour, One Hot Mess, sold out shows in Australia and New Zealand. His family comedy show, The Complete History of Better Books, is about his childhood obsession with writing books.
Close