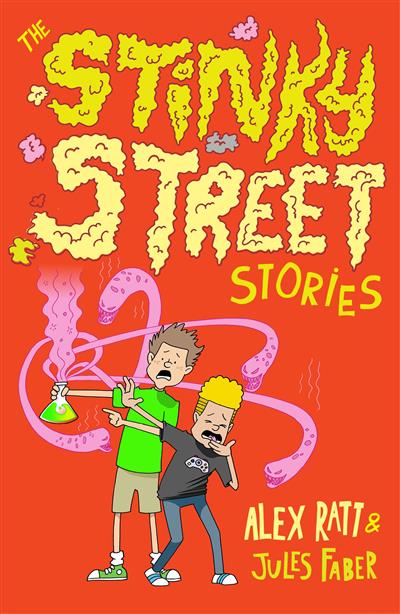 Loading...
The first thing I noticed when I woke up on Sunday morning was a mysterious smell ...When Brian ('call me Brain - everyone does') awakes to a truly putrid pong he knows it is up to View more
Save for later

Alex Ratt is the pen name of the similarly hilarious but far more fragrant Frances Watts, whose picture books include Goodnight Mice! (ill. Judy Watson), winner of the 2012 Prime Minister's Award for Children's Fiction; 2008 Children's Book Council of Australia award-winner Parsley Rabbit's Book about Books (ill. David Legge) and the international bestseller Kisses for Daddy (ill. David Legge).Frances is also the author of a fantasy/adventure series, the Gerander Trilogy, and the medieval Sword Girl series (ill. Gregory Rogers) as well as two historical YA novels, one of which - The Peony Lantern - was shortlisted for a NSW Premier's Literary Award in 2016. The Stinky Street Stories and The Stinky Street Stories: 2 Stinky are the first books under her pen name Alex Ratt, illustrated by Jules Faber.
Close