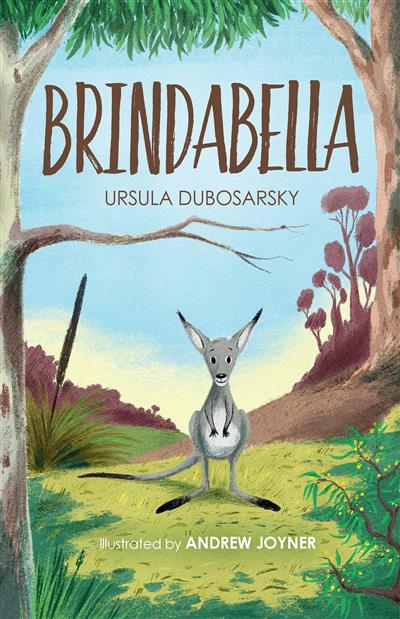 By Ursula Dubosarsky, By Andrew Joyner

Loading...
SHORT-LISTED: CBCA Book of the Year, Younger Readers, 2019 This is a story about a boy called Pender and a kangaroo called Brindabella, about how they became friends, and all the View more
Save for later

Ursula Dubosarsky is widely regarded as one of the most talented and original writers in Australia today. Her work ranges from multi-award-winning novels for older readers, like the 2012 CBCA shortlisted The Golden Day, to her equally acclaimed work for younger readers, including picture books with Andrew Joyner such as The Terrible Plop and series fiction such as The Cryptic Casebook of Coco Carlomagno (and Alberta) (illustrated by Terry Denton). Andrew Joyner is an award-winning illustrator based in Strathalbyn, South Australia. His first picture book The Terrible Plop, written by Ursula Dubosarsky, was published in 2009. Since then, Andrew has illustrated many more picture books to high acclaim, including Too Many Elephants in this House (also by Ursula Dubosarsky) and The Swap, written by Jan Ormerod.