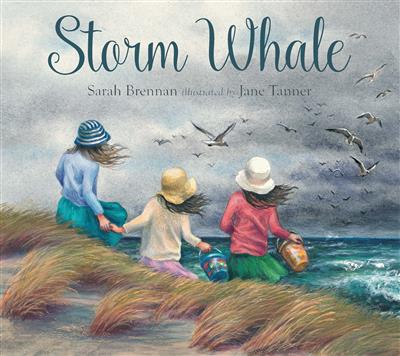 By Sarah Brennan, By Jane Tanner

Loading...
SHORT-LISTED: 2018 Prime Minister's Literary Award, Children's Fiction Bleak was the day and the wind whipped down when I and my sisters walked to town ... With a powerful, poetic View more
Save for later

Sarah Brennan is the Hong Kong-based, Tasmanian-born author and publisher of the best-selling Chinese Calendar Tales as well as the hugely popular Dirty Story series for kids and Dummies for Mummies, a humorous parenting advice manual published by Haven Books. Her books have regularly appeared on bestseller lists in Hong Kong, where at one point, two of her titles outsold the (then) latest J.K.Rowling and Stephenie Meyer titles for 6 weeks running! Two titles have previously been long-listed for Singapore's Red Dot Children's Book Awards, and her 2015 title, The Tale of Rodney Ram, was short-listed for the Golden Dragon Book Awards 2016. Almost 60,000 of Sarah's books have been sold to date. Jane Tanner has a fine art and teaching background and began illustrating picture books full-time in 1984. She loves working for children and drawing their attention to the natural world in all its awe and wonder. She is the acclaimed illustrator of the best-selling picture books There's a Sea in my Bedroom, Drac and the Gremlin, The Wolf, The Fisherman and the Theefyspray, Lucy's Cat and the Rainbow Birds and The Soldier's Gift. She is the author and illustrator of Playmates, Isabella's Secret, Ride with Me, Just Jack, Love from Grandma and Lily and the Fairy House. She has won or been shortlisted for many prestigious awards, including the CBCA Book of the Year Awards in the categories of Picture Book of the Year, Younger Readers and Early Childhood.