Library Browse ELVIS EAGER AND THE... 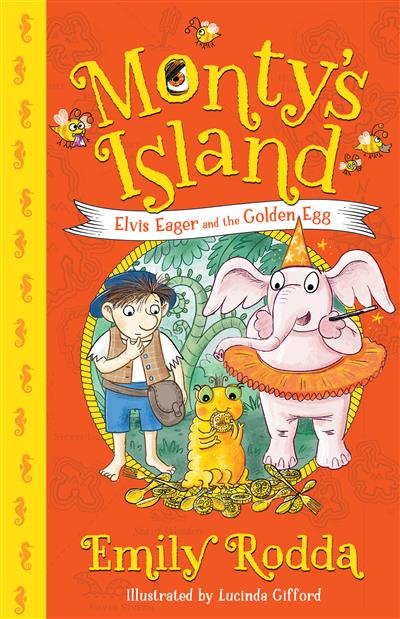 By Emily Rodda, By Lucinda Gifford

Loading...
On a tiny island far away, in a sea that ripples with magic, Monty never knows what he might find... The most unexpected things wash up on Monty's Island. And a golden egg might be View more
Save for later

Emily Rodda is one of Australia's best-known children's book authors. She has written over 100 books, including the internationally best-selling Deltora Quest and Rowan of Rin series, and has won the Children's Book Council of Australia's Book of the Year Award for Younger Readers a record six times. Lucinda Gifford is the author and illustrator of many well-loved books for kids. Many years ago, Lucinda studied architecture in Scotland, where she learned to draw fancy buildings and moody scenery. She also likes to draw dragons, cats and magical frogs - despite never having studied witchcraft. Now based in Melbourne, Lucinda works from a small home studio full of books, plants, dragons' blood and newts' tongues.
Close