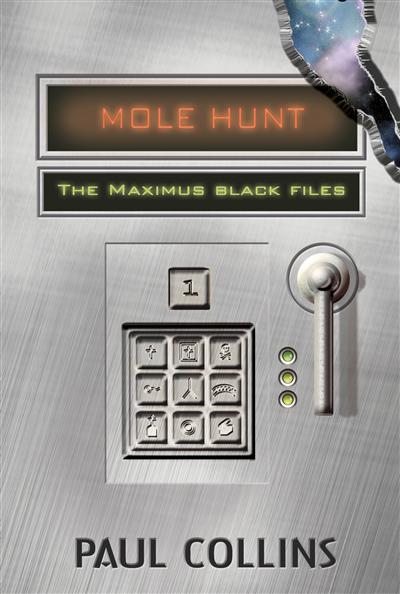 Loading...
Mole Hunt is the first book in a science fiction series set in the future and in a universe far beyond earth, a place with floating cities where people can regenerate at will and View more
Save for later

Paul Collins has written many books, mostly for younger readers through to young adults. He is best known for his fantasy and science fiction titles: The Maximus Black Files; The Jelindel Chronicles and The Quentaris Chronicles co-edited with Michael Pryor His trilogy published in America by TOR was The Earthborn Wars. His latest book is Harry Kruize, Born to Lose Paul has edited many anthologies which include Trust Me!, Metaworlds, Rich & Rare and Australia's first fantasy anthology, Dream Weavers. He also edited The MUP Encyclopaedia of Australian SF&F. Paul has been short-listed for many awards and has won the Inaugural Peter McNamara and the A Bertram Chandler awards, both of which were for lifetime achievement in science fiction, and the Aurealis and William Atheling awards. His last fantasy series was The Warlock's Child (six titles) in collaboration with Sean McMullen. His latest anthology is Rich & Rare, comprising almost 50 contributors including Shaun Tan, James Roy, Leigh Hobbs, Gabrielle Wang, Justin D'Ath, Scot Gardner and many others. His book, Slaves of Quentaris, features in 1001 Children's Books You Must Read Before You Die (UK, 2009). Paul's adult books are the anthology The Government in Exile and Cyberskin. His adult horror novel, The Beckoning, Damnation Books (US) is available from Paul's online shop. Other than his writing, Paul is the publisher at Ford Street Publishing, publishing everything from picture books through to young adult literature, and he manages Creative Net, a speakers' agency.
Close