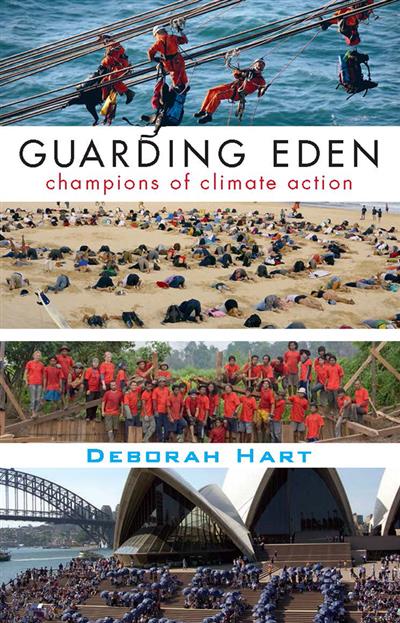 Loading...
Guarding Eden tells the personal stories of twelve ordinary people who were so concerned about climate change that they altered their lives to do something about it. Some did quiet View more
Save for later

Deborah Hart describes herself as 'activist, writer, mother'. Born in Nigeria to Australian parents, she spent most of her early years in the USA. After completing an Arts degree in Melbourne she worked with leading Australian arts organisations, including the National Gallery of Victoria, Opera Australia, Triple R, and Bell Shakespeare. In 2006 Deborah decided to devote more time to her children and to climate activism. She has been a founding member of several not-for-profits: the Climate Emergency Network, Climarte, Quit Coal and most recently, ClimActs, a theatre troupe combining spectacle, humor and direct action in order to highlight the climate-change emergency. Deborah lives in Melbourne with her husband and two sons.
Close