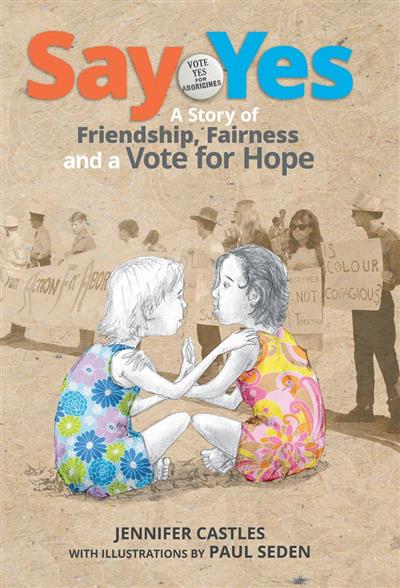 By Jennifer Castles, By Paul Seden

Loading...
Once there were two little girls who were best friends. They did everything together. As they got older they weren't allowed to do the same things anymore. Because they looked View more
Save for later

Jennifer Castles grew up in Adelaide. She began her working life as an actor, lived overseas for some years and now calls Melbourne home. Her first book was a collaboration with her father about the trial and death of Ned Kelly and since then she has had three picture books published. She now works as a submissions editor and ghostwriter, and continues to write stories of her own. Paul Seden is descended from the Wuthathi and Muralag people of North Queensland. He grew up in Darwin and he loves to draw and tell stories. His books include Kick With My Left Foot (illustrated by Karen Briggs) and Crabbing with Dad, and his short story 'My Shadow', illustrated by Karen Briggs, was included in The Hush Treasure Book.
Close